India is a country with many diversities. We have diversity in religion, languages, food preferences and many other things but are we a nation which can tolerate diversity in opinion? I'm asking this question today because of a very specific reason. The reason is Subhas Chandra Bose who is fondly called Netaji (Respected leader) whose 118th birth anniversary was celebrated across India on 23rd January, 2013.

There are two very important points that has to be taken into account here which shows that why a different view is not tolerated in India. 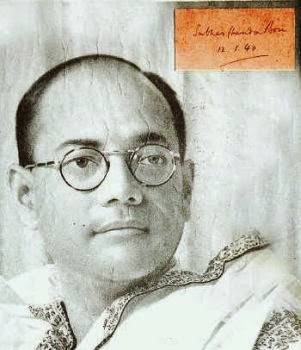 1. Netaji Subhas chandra Bose was a leader of national stature and around 1930's he can he said to be the tallest leader in India. Some people believed that he was more loved and respected than any other leader in India during that time.  He held the post of secretary in INC around 1927 and also became the president of INC in 1938 but just because of his difference in opinion with Gandhi, the man was thrown to oblivion. His birth anniversary is not given due importance and his bravery and his work for freedom struggle is not promoted. He doesn't even get half the space in the text books which Mahatma Gandhi or other leaders get.

2. Second point regarding the difference in opinion is related to his death. Some people believe that he died in a plane crash with 3rd degree burns but most of his followers and admirers believed that it was just an exit strategy from him.

Even Wikipedia writes that he died on 18th August, 1945 but that is challenged by most of the people. Many commissions were formed to investigate the validity of his death but all the results have been futile. People in India still believe that he remained alive many years after faking his death.

Interestingly,this belief has its roots in the fact that Netaji in his real life was a master of disguise, he escaped many times by fooling the British army. The people obsessed with colonial culture in India described him as the British did. They were not interested to honor him and were just interested in their own honor.

The obsession with Netaji is such that people who fought war with him still remembers him, the family of those people who grew old listening to the stories of Netaji and his bravery, still consider him among the greatest freedom fighters India ever had.

Even in the current election season the head of the chief opposition party,Rajnath Singh,has demanded an investigation on the mystery of Netaji's death. (News article 1, News article 2 )This shows how much is the respect and affection people still have for him.


Some other sites you will find useful -

Feedback is appreciated. :)
Posted by Unknown at 1:35 AM