Talvar movie brings to you the story of one of the most brutal and talked about murder cases in Indian history. The movie which is written by Vishal Bharadwaj and the way he has put forwarded the points is just fantastic. The movie brings to light each and every aspect of the double murder and in an amazing way put forwards the point of view of every person involved. 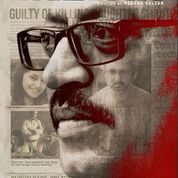 The direction of Meghna Gulzar is also really good. At some points where the multiple views of the same incident is depicted is a stand out point for me in the movie. The movie tells you so many things silently and you are not even able to notice it at the first instance. The movie puts a big question mark on our judicial process as well as the crime investigation. 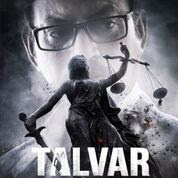 Our society is hardly serious about giving punishment to the criminals. The crime investigation is still in a very bad shape. The movie highlights the lack luster behavior of our police force towards solving a crime. The movie derives it name from the "talvar" which the statue for justice holds. It actually refers to the power the judicial system has to punish the wrong doers.In today's world this "Talvar" has become really important as the crimes in the society are scaling new heights everyday.

The star cast is filled with powerful actors. Irrfan khan is just amazing in the movie. Konkona Sen Sharma and other actors has also played their roles with lots of sincerity. I was actually mesmerized by their performance.

The movie gives you a lot to think about and at the same time asks lots of question to the people who are running our society and the system. One line which really stayed with me was "ek begunah ko sajah milne se acha hai ki dus gunhe gar chut jaye"

The movie is like the ocean silent from far but as you go inside you understand the depth and the power. The movie is shout from the society towards all the injustice and all the negatives that are prevalent in the society. I think you will definitely find more than I could express in words.