These days in my friend circle people are busy discussing about new cars, there are two prime reason for this, first we are threading into a age group where all of are getting well paid but have not much to spend about and secondly there has been a series of new innovative cars that have entered the buzzing Indian car market.

This Sunday when I reached Pacific mall with my friends, I was pleasantly surprised to see the new Tata Bolt. Just before entering the mall we were discussing about the cars only and was debating about which car has the best power and which one has the best mileage. The problem was that we wanted both in the same car which was actually impossible to achieve. So, when we saw Tata bolt being displayed, we thought lets see what it has to offer.

As we reached the corner where the car was displayed, we were warmly greeted and were allowed to see and observe the car closely, a person from technical team also helped us know about the technical details. After knowing the details and specifications of the car all of us were left awestruck.

1. MULTI - DRIVE : SPORT / ECO / CITY - The problem which all of us were discussing was solved by this first feature only. This car provides the option to have a good mileage as well as awesome power. If we want a burst of power then we can use the sport mode. For long drive with friends this is the mode to be at. The Eco mode provides a good mileage as it is the most efficient mode. The city mode is the balance between the two, i.e., if you driving in the city roads where you want the mix of both power and mileage then use this mode. 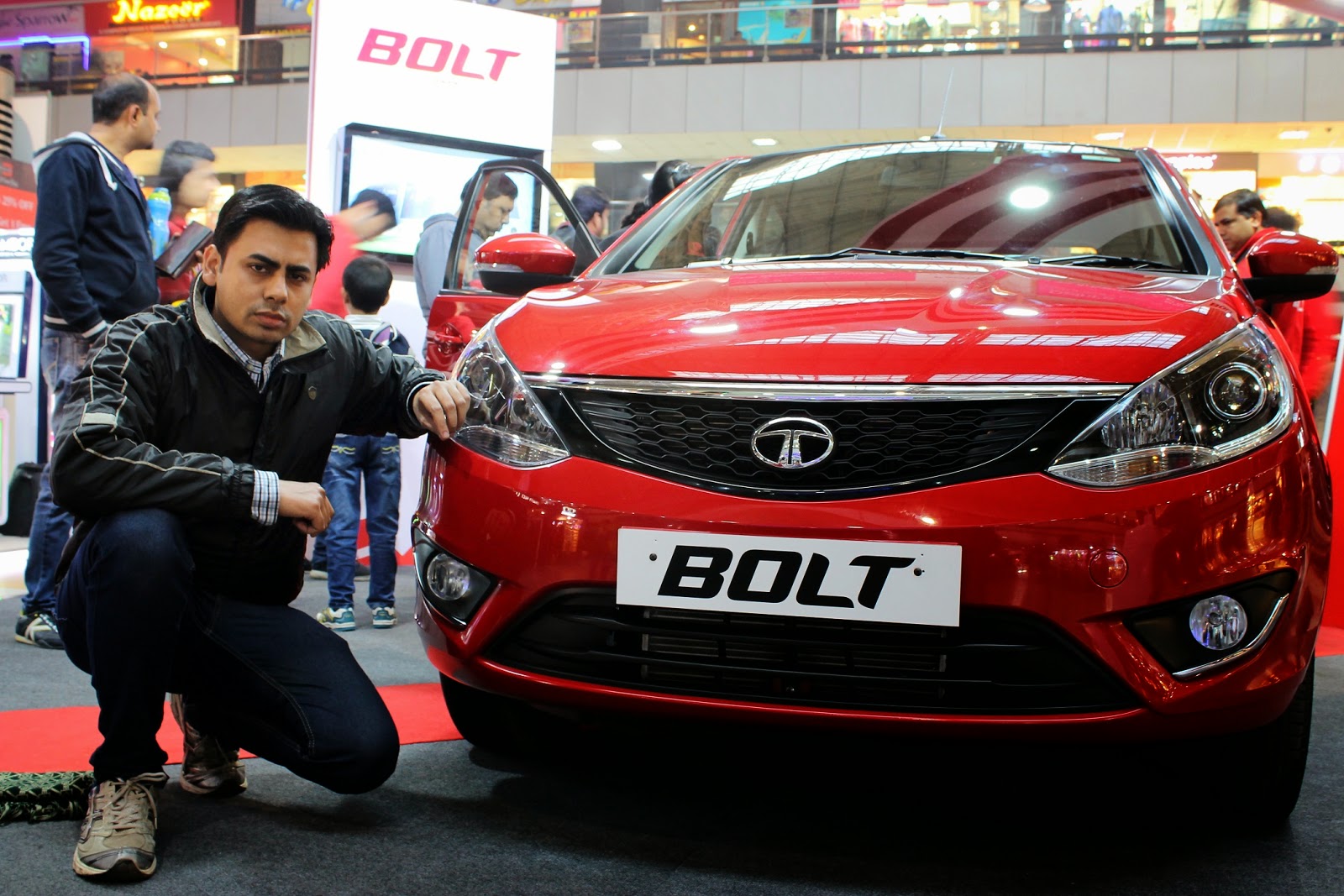 2. Turbocharged Petrol engine - Generally you don't get cars with petrol engine which give these great features but you will be pleasantly surprised that this car is available in petrol engine. 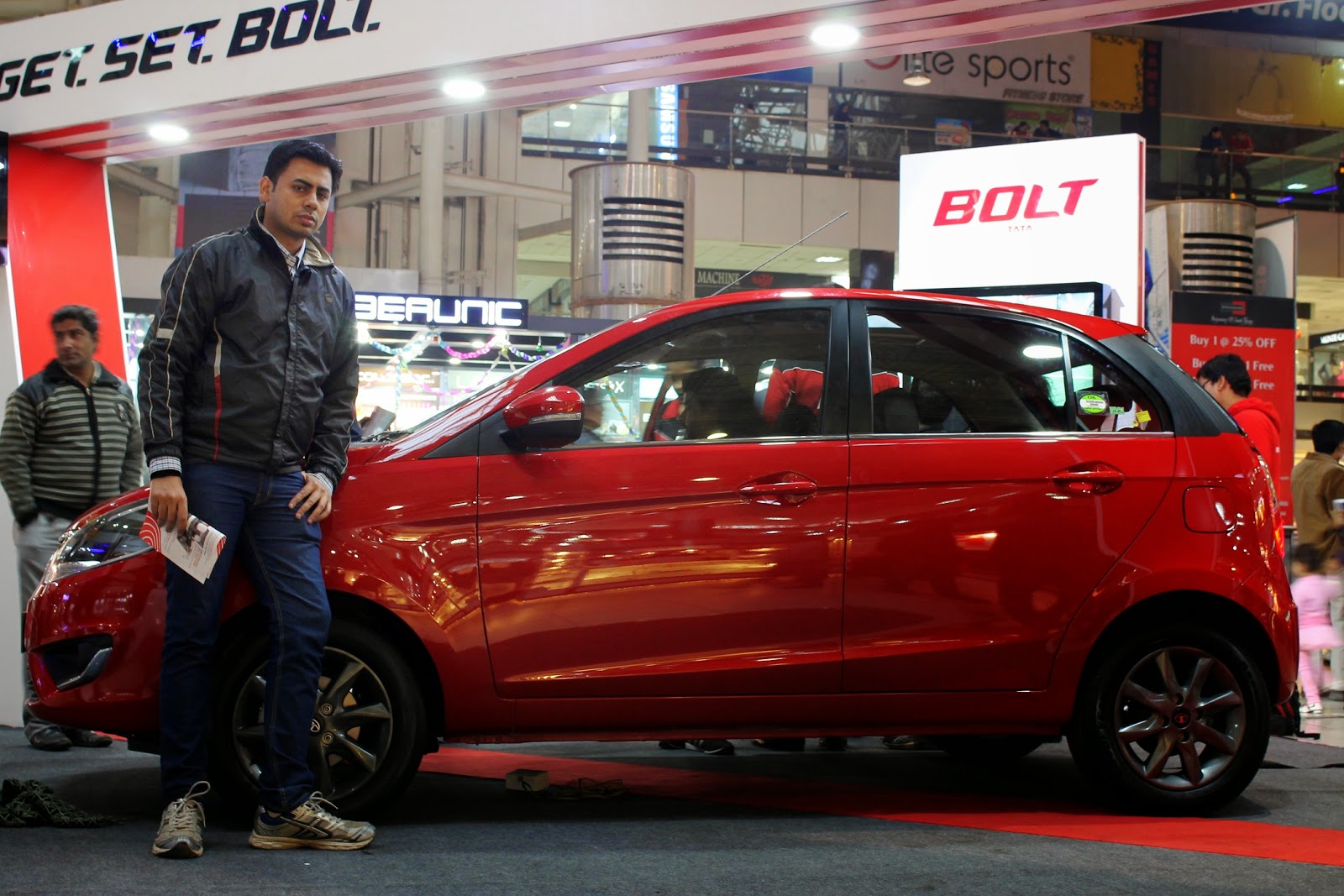 3. Safety Features - The safety features in this car is exceptional. The 9th gen ABS by BOSCH, corner stability control and dual airbags make this car stand apart from the rest of the cars in this range. 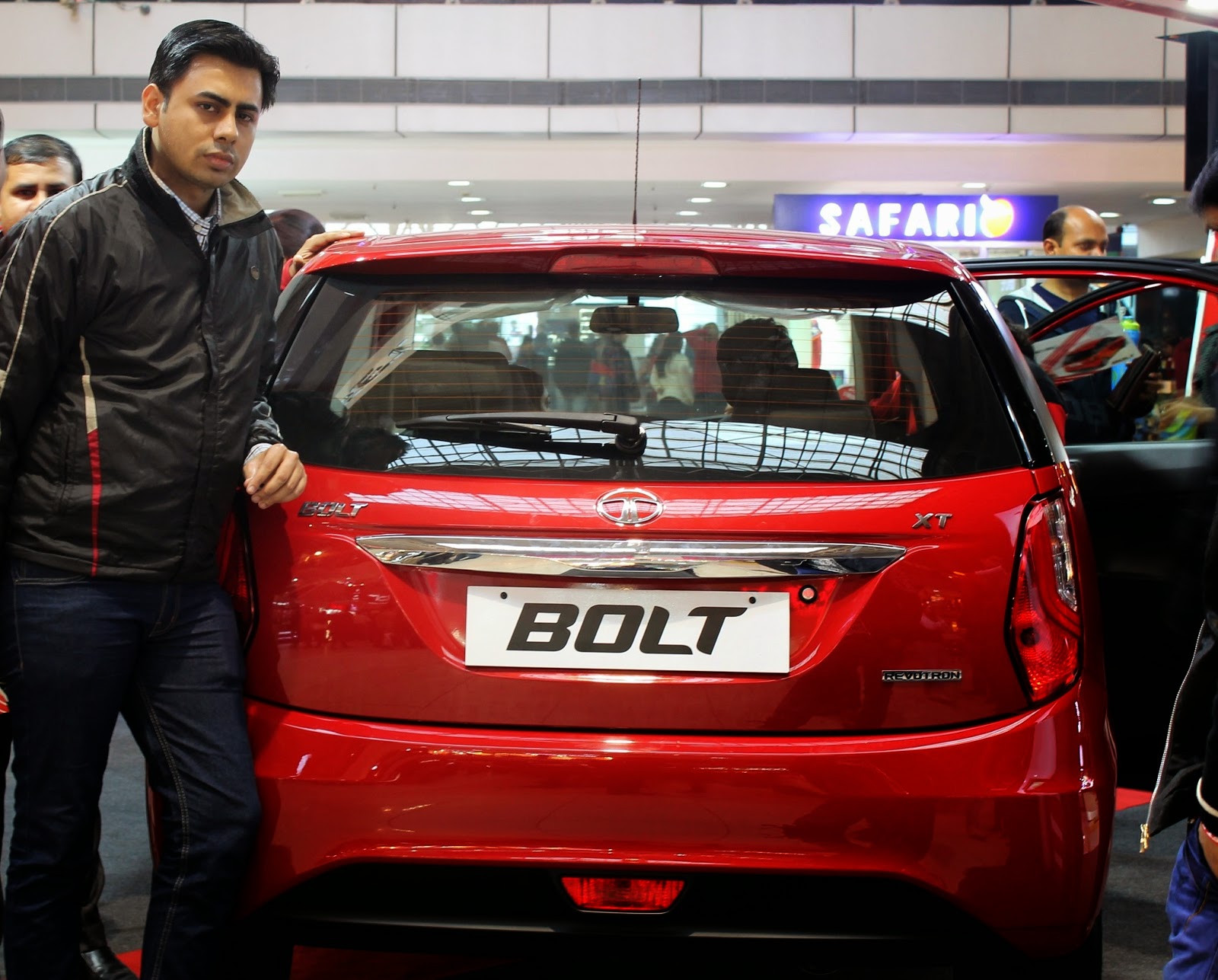 4. Space and Comfort - The car has lots of space. I felt comfortable both in the driving seat and in the back seat. I am 6'1 feet tall so I need good leg space and I also need the car to have a good height (ceiling). When I felt that the car had space then it definitely has space. 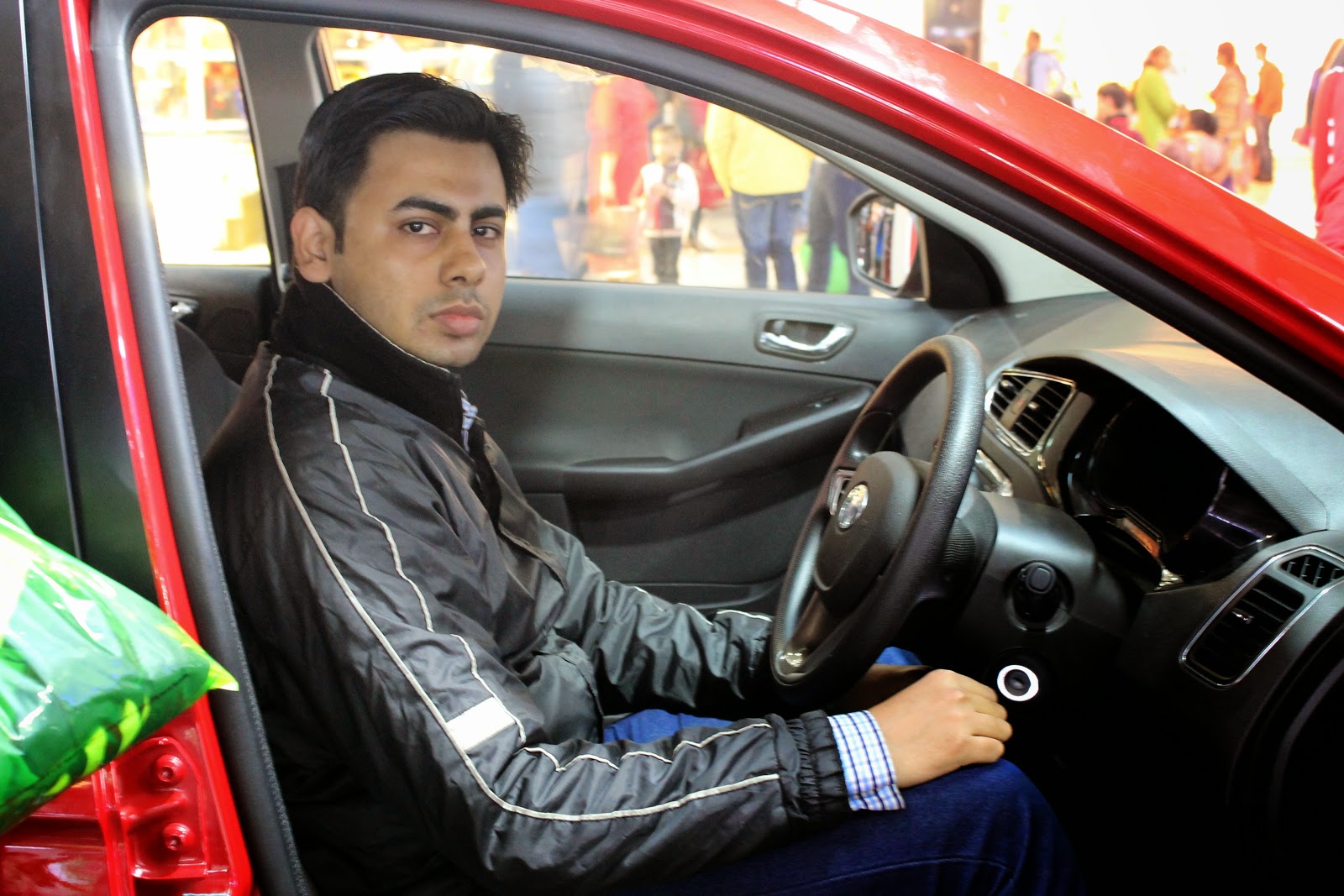 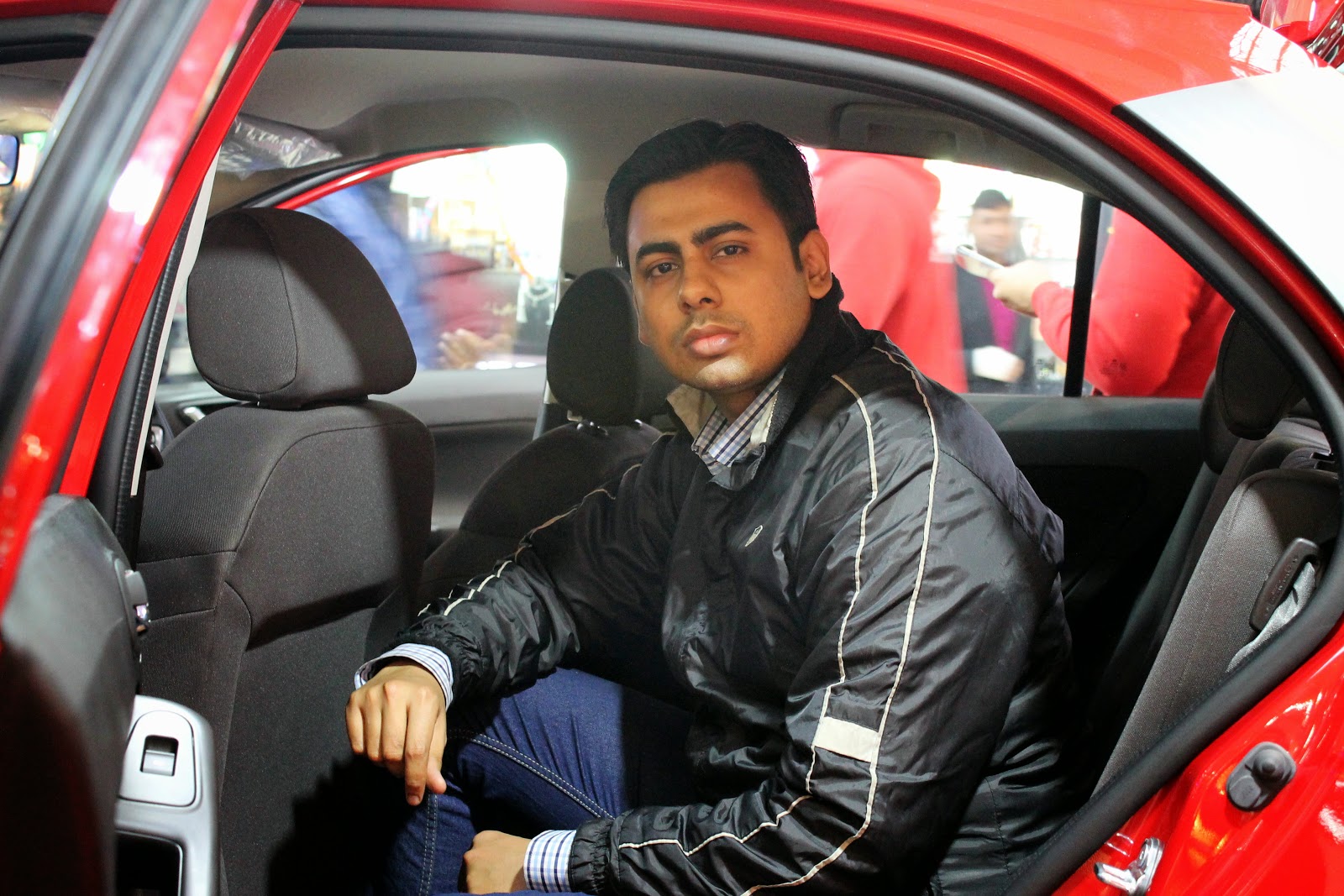 5. Touch screen Infotainment by HARMAN - I think everyone gone made by seeing the entertainment system by HARMAN. In the roads of Delhi, if you are driving a sport car then you definitely need an amazing music system. If you don't have the music playing loud then there is no profit in having the sport car. Tata Bolt actually gives you this advantage.

Not just the entertainement but one can also have connectivity features like smart phone enabled navigation from MapMyIndia and advance voice command recognition. 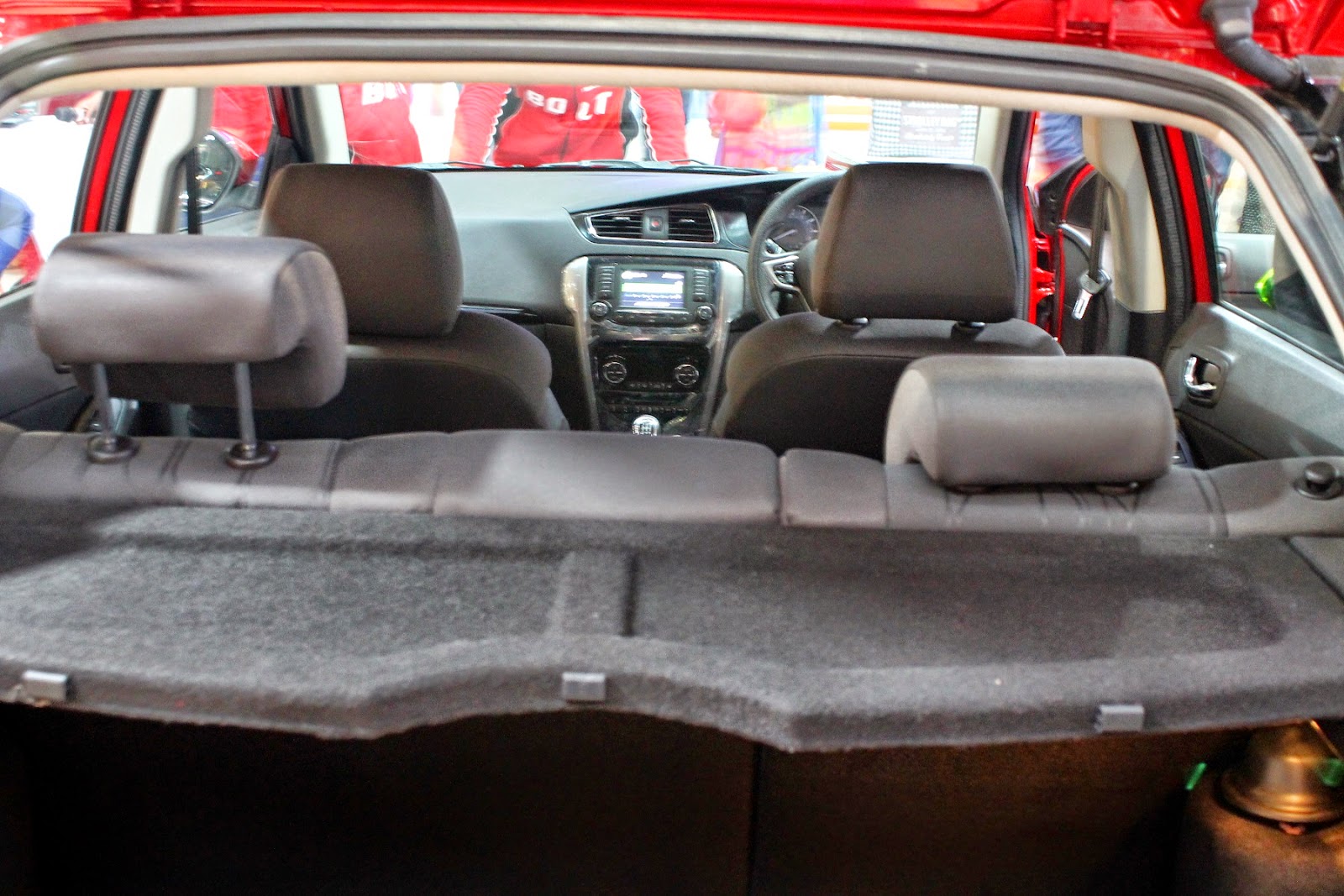 Since we were took so much interest and were so much enthusiastic, they presented us with a small memento as well. 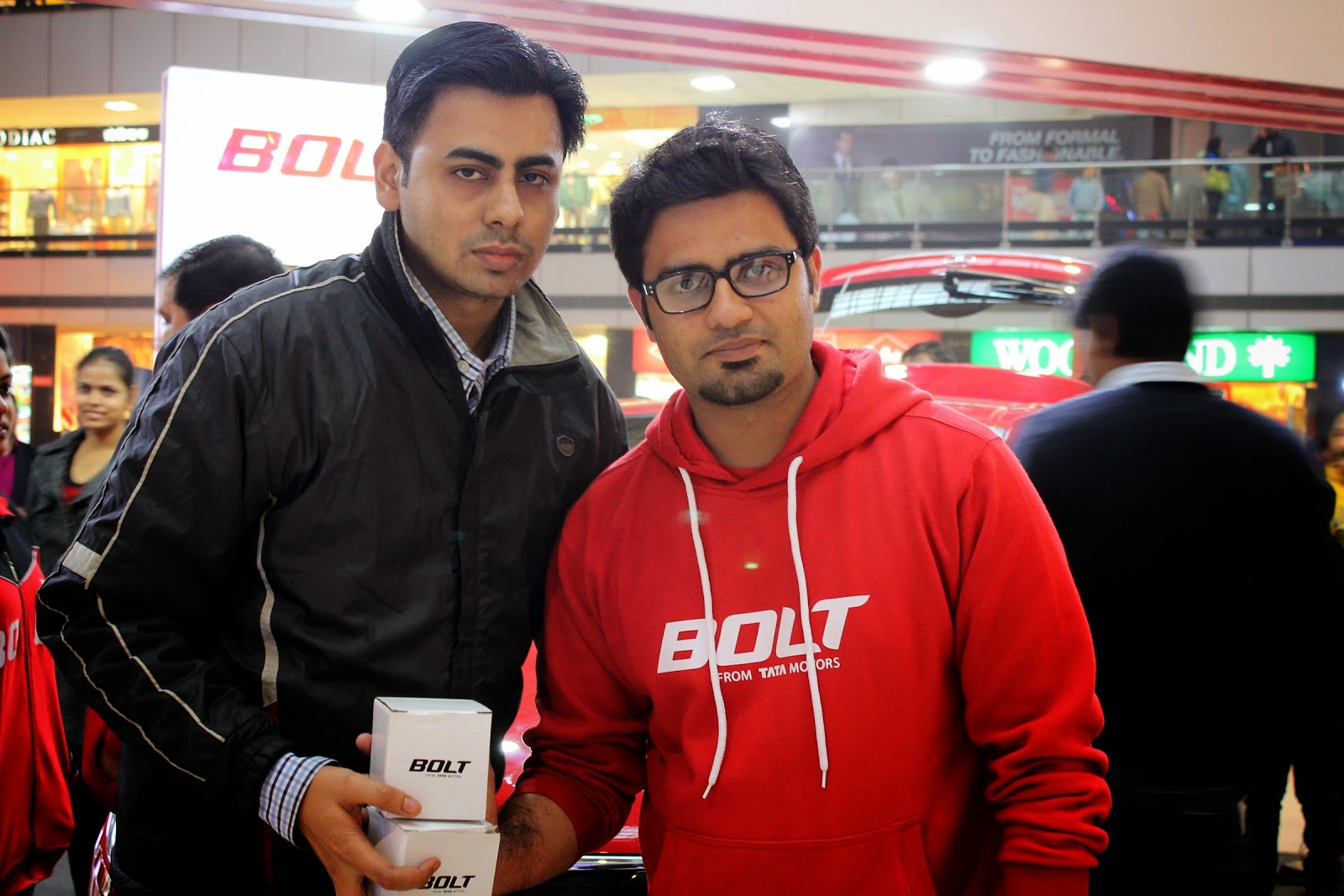 My journey has stated well with Tata Bolt. .  .


“This post is a part of the Get. Set. Bolt. activity at BlogAdda.”

Pictures are taken by my friend and a prolific Photographer Suraj Bindu. You can find his pictures in facebook at Suraj Bindu Photography.
Posted by Unknown at 5:20 PM