It was around one year back when I experienced huge amount of pain in my stomach. I hardly new what was the reason behind that.My parents took me to the doctor where he gave me medicine and told me that I can't skip my breakfast even for a single day. The whole problem was because I skipped my breakfast in the morning.

Though I said yes to the doctor that I would take proper breakfast everyday but it was a tough thing to ask from me as at that point I was working at a place for which I had to leave my home at around 6.30 am in the morning. I had to follow a tough schedule. The travelling time was really high. It was 2 hours each side. So after 8-9 hours of work, I also had to spend 4 hours travelling.  I used to get really tired and hence slept even 15 minutes even after the alarm rang. This left really less time for breakfast. Further, due to such a tough schedule, I health was getting hampered as well and my other meals suffered too.

One thing was sure that I understood the importance of breakfast. Though I had to learn it in a hard way but this knowledge helped me change a lots of things in my life. I started taking my health very seriously and made a promise that I would never skip my breakfast.

Recently, I came across Guptaji's family. They are a really happy and welcoming people. One of my friend Ashish went to their house for breakfast recently with his family. He was really impressed with the breakfast they served. He told me that they gave him really healthy food.

Since he has joined a gym and works out daily, he really liked the healthy breakfast they offered. After quizzing him for some time, he told me that, they offered him a big bowl of strawberry and banana cornflakes which he really liked. He also asked the recipe which was really simple and hence he started preparing it for himself everyday. 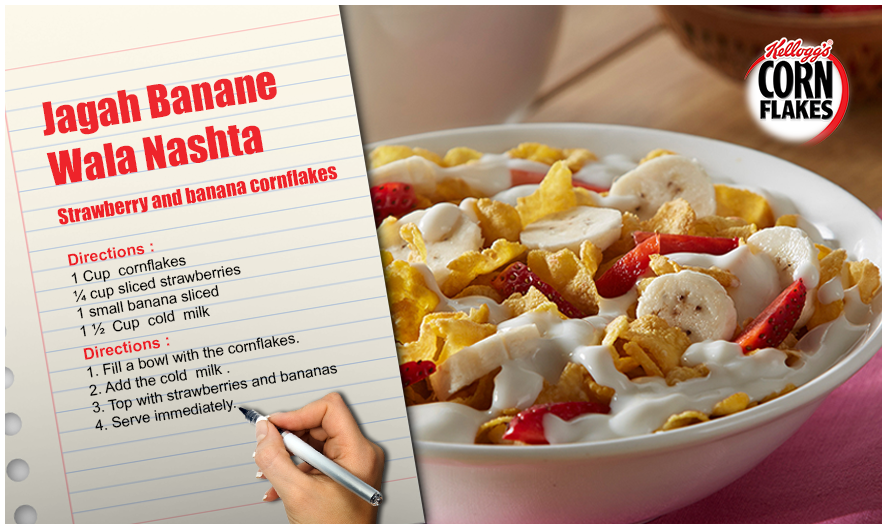 He also told me that they served Wall-nut cornflakes choco balls to his family. He loves sweets but he controlled himself as he was already having his own bowl of breakfast. All members of his family really feasted upon the food they served. His mother also took recipe's of all the wonderful dishes Guptaji's family prepares. 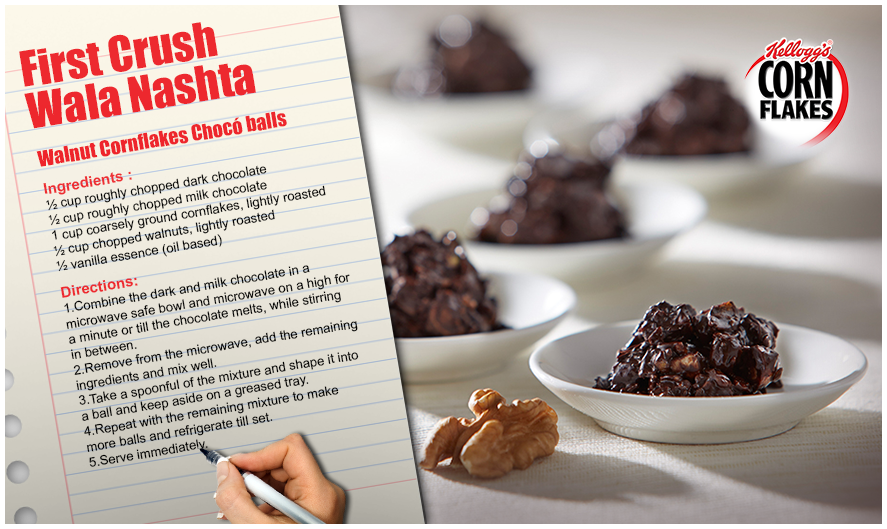 I really want to go to their house for breakfast. I am following them at many places so that they will see me at some place and would feel like inviting me to their house for the breakfast. I haven't been much successful in getting myself invited till now but the number of tasty breakfast they prepare is tempting me a lot. Maybe I will land up at their door uninvited, that's the only solution I am able to find so that I can enjoy the nashta with Guptaji's family.

Email ThisBlogThis!Share to TwitterShare to FacebookShare to Pinterest
Labels: Review